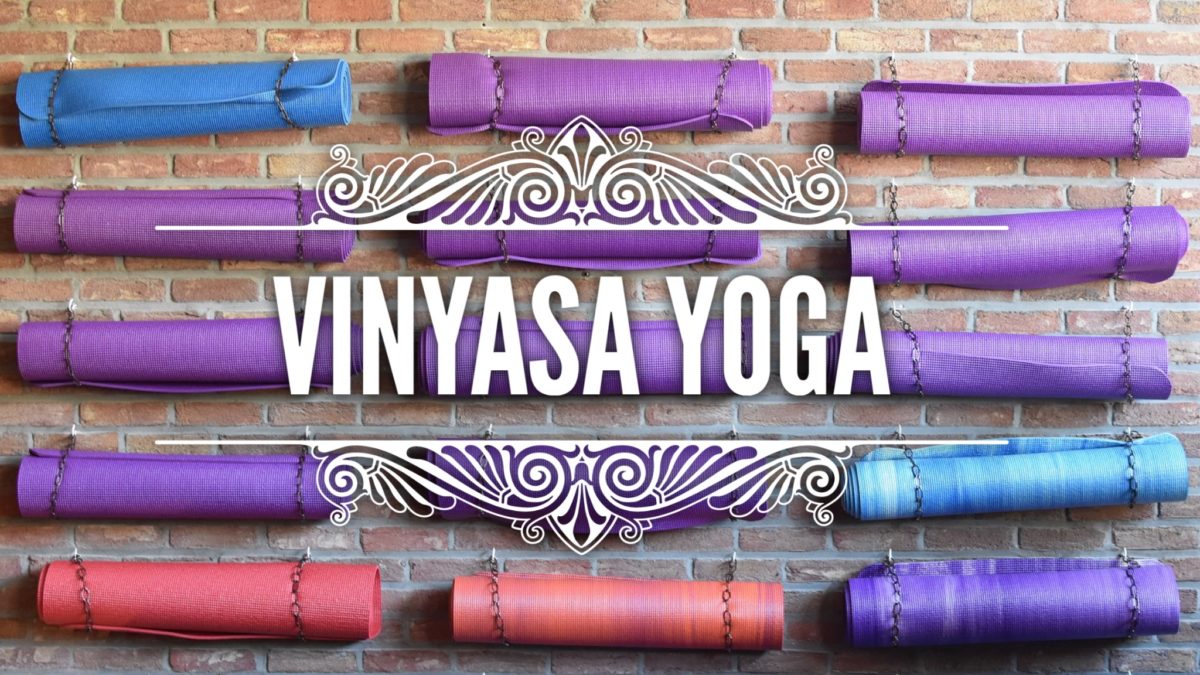 
So Many Classes… Where to Start?

Between the three AFC locations, we have what seems like a million different classes. Even the classes that appear to be the same on the schedule, are different because for a single class we could have three different instructors that all put their spin on it. It was hard to decide where to start. Most suggestions were really to just start anywhere, but to make sure I gave everything a real try. So rather than deciding on one specific class to start with, I decided to just do what fit in to my schedule first.

Last Saturday, I happened to be at AFC Bala and thought since I was already there, it could be the perfect time to start. I checked out the class schedule for the late morning and settled on the Vinyasa Yoga class. This class was at 11 AM in our Jivala studio and Trish was the instructor. In case you are wondering what Vinyasa Yoga means – these classes typically have a flow from one pose to the next, and your breathing is supposed to be linked to your movements.

I should start by saying that I took a few yoga classes in college. Nothing extensive – I don’t even remember what I did in them. But in my head, I was like, sure, I’ve done this before – this will be a great place to start. Was I right? Eh. I happened to be lucky because Trish was doing a “Back To Basics” type class that day. This was good because, as it turns out – you don’t remember any of the yoga poses after not doing it for 10 years. (Well, you might. I didn’t.)

The Good, the Bad & the Ugly of My Vinyasa Yoga Experience

The Good. Despite my limited knowledge of the yoga world, I know enough to be able to tell you that the class was good. Mostly, it was Trish that was good. She has a calmness to her that really lends itself well to a class like this. She speaks delicately, allowing you to relax and get into the pose and concentrate on your breathing. She also takes the time to come around the room and help the class participants (mostly me) get into the pose, adjusting my alignment, and giving useful tips, rather than just telling you which poses to move into. I didn’t feel completely overwhelmed by being new and I didn’t feel like I was out of place or being judged…. All things that would have caused me not to enter a class previously.

The Bad. My body hurt the whole next day. Seriously. There were muscles that I was obviously working out that I didn’t notice during the class, but felt the next day. Some people would tell me that meant I got a good workout…. Not sure if I am one of those people yet!

The Ugly. That would be me. This class really made me realize how bad my posture is, how my balance TOTALLY needs work, and I could stand to maybe learn the proper way to do pretty much everything. I do think that I am in the right place though. From what I have seen so far, AFC’s staff happen to be some of the most helpful people around. They really want to help you learn and get the most out of your experience.

My Stance on Yoga (After One Whole Class)

I’ll definitely be back. I would like to give some other types of classes a shot as well, but I’m not done with yoga quite yet. The stretching made me feel pretty good right after the class. Plus, I was a fan of the lack of cardio involved. I definitely need to work on my postures and try to get my breathing lined up with them, but I’m hopeful I can do it.

Who would I recommend this class for: Anyone who is interested in the yoga experience and really looking to stretch his or her body. Would I say it is for beginners? Not sure. I wouldn’t say it is a terrible place to start, but I do think I was lucky that I walked in to a “Back to Basics” class. I think other Vinyasa classes might be a little more intense. There are probably some others on the schedule that are a little better for beginners. Helpful Tip: Tell the instructor that you are new (I should have done this). That way he or she can help give you more modifications as needed throughout the class.

Check back next week when I tell you about the next class I took…. Which was VERY different than yoga. Comment below if you have similar stories to share, or a suggestion for which class I should take next!